“I believe trust is something that is earned, and everyday I strive to do what is best for my clients and follow through with what I say I will do in order to earn and keep that trust." 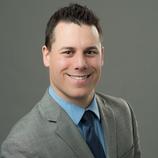 Ben worked in the Financial Services industry in the banking sector for 9 1/2 years. He started his banking career at MidAmerica Bank which around that time had recently bought out St. Francis Bank. It wasn't long after that MidAmerica Bank was bought out by National City Bank and they then merged with PNC Bank. After going through a few bank transitions, Ben realized he liked the community bank atmosphere better and in 2011 he moved to First Bank Financial Centre in Oconomowoc, WI where he was a Senior Personal Banker. In 2012 he became Life Insurance licensed through the state of WI and then became one of the banks Fixed Annuity Specialists and Funeral Trust Specialists.

In 2016, Ben left the banking industry to get his Property and Casualty Insurance Licenses with the state of WI and join the family business. Ben got his series 7 securities license in 2019 and looks forward to getting his series 66 license in 2021.

“Teaching insurance classes was my way of giving back to the industry that has been a part of my life for so long. I really enjoyed training people of all ages that were new to the industry. Helping them to become officially licensed with the state of Wisconsin and helping them to start their careers on the right path”

In 2020, Dan will have been in the Insurance and Financial Services industry for 40 years. Dan came into the industry working for State Farm Insurance and after a few years he became the supervisor of the Universal Life Insurance Department at Time Insurance in downtown Milwaukee. Later in his career he became an independent representative at CRG Services thus creating his own company name of DeRemer Agency.

In 1999 he left his parent company CRG Services and went out on his own as an independent agent. Dan found that many of his clients needed his services in 3 main areas; Insurance, Investments and Taxes. So it was at this time that he also became a Tax Preparation Expert.

In 2001, Dan became an instructor at Kaplan Financial where he teaches adult insurance and continuing education classes.  He retired from that position at the end of 2016.

The DeRemer Agency is an independent family owned and operated Agency specializing in Financial Services such as; Retirement Planning, Tax Preparation, and all lines of Insurance Products.  Our business relies on our customer service and word of mouth.  We strive everyday to follow THE GOLDEN RULE; treat people like you want to be treated.  Over the past 40 years of service, we have worked with families that span 3 generations. Our philosophy is to create a working partnership by listening to your goals, analyzing your needs, creating a sound financial plan, implementing that plan, and monitoring that plan on a regular basis.  Because of our ever changing lives and the investment world, sometimes we cannot simply set it and forget it, many times changes need to be made.

"The most important thing is Customer Relationships"

Dan and Ben DeRemer were both born and raised in Waukesha, WI and both graduated from Waukesha South High School (1971 & 2002) as well as University of Wisconsin-La Crosse (1975 & 2006).  They are also both members of Delta Sigma Phi Fraternity.  Dan married Paulette Laabs in 1978 and they have two children, Ben and Ashley. Ben married Katie Strupp in 2010, and after living in Waukesha for 8 years they moved to Mukwonago in 2018. They also have two children, Alex and Lila. Ashley married Jesse Krom in 2012, they currently live in Sun Prairie and have two children, Taeton and Preston.